This blog is just a quick jumble on three different topics I feel like sharing about. 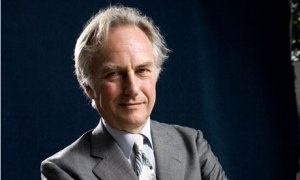 1. A friend and fellow blogger invited me to come up with a suitable response to one of Richard Dawkins’ most famous quotes from his book, The God Delusion. I was content with the response I came up with, even though it’s far too verbose to ever work in a real conversation.

Here’s the original quote:
“The God of the Old Testament is arguably the most unpleasant character in all fiction: jealous and proud of it; a petty, unjust, unforgiving control-freak; a vindictive, bloodthirsty ethnic cleanser; a misogynistic, homophobic, racist, infanticidal, genocidal, filicidal, pestilential, megalomaniacal, sadomasochistic, capriciously malevolent bully.”

“Because the God of the Old Testament is jealous for the Israelites and happy to be that way; he is unjust in how often He forgives and attempts to redeem the Israelites over their petty idols; He is an almighty protector, saving His people from many wars and giving them victory in many bloody battles that the Israelites should have lost; He is a God that gave many children to barren women, gave important roles to women like Ruth and Esther, would establish a bloodline from King David leading to a young girl named Mary; He destroyed Sodom and Gomorrah not for their sexual sin but for their selfishness; He let most families prosper more than they deserved and promises and fulfilled abundance for many families; He often gave favor to the second-borns over the firsts; He often brought His people out of exile and slavery; He regularly showed His divine power through mass providence for His people; He found pleasure in keeping His people out of harm; and He loved them all so much that He ended up jumping in front of the bullet and dying for them. 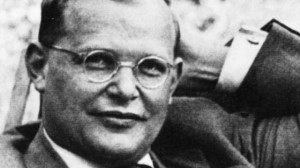 2. I’ve begun re-reading Dietrich Bonhoeffer’s most important and famous work, Nachfolge, (or The Cost of Discipleship for you people back there in America). I’m re-reading it partially out of the book’s awesomeness and partially because I actually didn’t get close to finishing it the first time.

I wanted to share a fantastic passage from the book’s opening chapter, where Bonhoeffer is differentiating between what he calls “cheap” and “costly” versions of grace.

“Instead of following Christ, let the Christian enjoy the consolations of his grace! That is what we mean by cheap grace, the grace which amounts to justification of sin without the justification of the repentant sinner who departs from sin and from whom sin departs. Cheap grace is not the kind of forgiveness of sin which frees us from the toils of sin. Cheap grace is the grace we bestow on ourselves. Cheap grace is the preaching of forgiveness without requiring repentance, baptism without church discipline, communion without confession, absolution without personal confession. Cheap grace is grace without discipleship, grace without the cross, grace without Jesus Christ, living and incarnate.
“Costly grace is the treasure hidden in the field; for the sake of it a man will gladly go and sell all that he has. It is the pearl of great piece to buy which the merchant will see all his goods. It is the kingly rule of Christ, for whose sake a man will pluck out the eye which causes him to stumble; it is the call f Jesus Christ at which the disciple leaves his nets and follows him. Such grace is costly because it calls us to follow, and it is grace because it calls us to follow Jesus Christ. It is costly because it costs a man his life, and it is grace because it gives a man the only true life. It is costly because it condemns sin, and grace because it justifies the sinner. Above all, it is costly because it cost God the life of his Son, and what has cost God much cannot be cheap for us. Above all, it is grace because God did not reckon his Son too dear a price to pay for our life, but delivered him up for us. Costly grace is the Incarnation of God.”

This reminds me of a statement from a more recent theologian, Tim Keller, who says that when most people reject Christianity, they are actually rejecting a watered down or misinformed, legalistic version of the faith. Using Bonhoeffer’s terminology, when most people are walking away from Christianity, they are really walking away from cheap “self-endowed” grace, when it’s possible that they’ve never even known or been taught the true, costly grace.

And it’s my conviction that people never give up on costly grace – because it’s impossible for costly grace to ever give up on them. Living in a generation of more people leaving Christianity than ever before, let’s be praying that people will be turning away from fake gospels to find the Truth, the real, living, incarnate Christ and Messiah.

3. On a lighter note, some friends and I were talking on Facebook about Zac Efron films. Coming straight out of High School Musical, the young actor has had a surprising amount of solid roles and good movies so far in his short career: Orson Welles and Me, Charlie St. Cloud, and most recently, At Any Price.

But I noted that I hated 17 Again, which a couple people thought was just crazy of me!

I responded, “I’m sorry, but I can only handle so much cheesiness in movies. I am a lactose-intolerant-film-goer.” 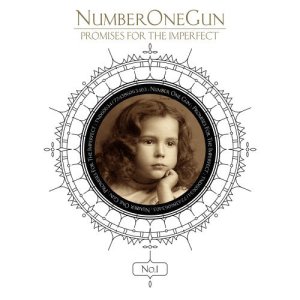 One thought on “Collected Thoughts on Dawkins, Bonhoeffer, and Efron”